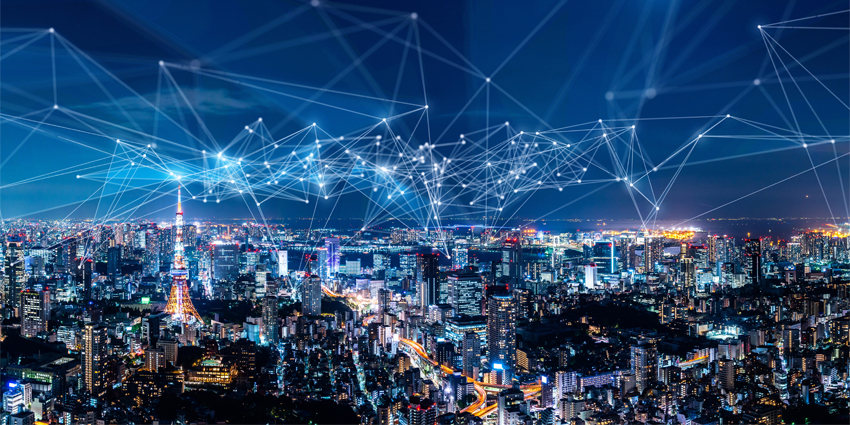 Makers of the Metaverse: Interview with Michael Owen

I’m a big supporter of immersive technologies and, as I’ve described how VR, AR andMR will have a huge impact on our culture in the future. Unfortunately, thebiggest myth of the moment is that the “Metaverse” is just around the corner.

The VR, AR and MR industries seem so exciting right now. What are the 3 things in particular that most excite you about the industry? Can you explain or give an example?

Spatial computing in the form of VR, AR and XR will transform our culture in the way computers and the internet and, more recently, smart phones and mobile computing have in our recent past. It’s really astounding to contemplate how the world has changed since Steve Jobs introduced the first iPhone in 2007. The impact of these new spatial technologies will be just as revolutionary.

The technical advances and business adoption of XR technology over the past seven years are already incredibly significant. VR’s ability to convincingly simulate the real-world environments and processes is recognized by the military and industry who see its value for training. Firms such as Walmart, UPS, Bank of America and Accenture have made large investments in VR training because the ROI outweighs the high cost of production and headsets.

In the consumer space Meta has, by some accounts, sold just over 10 million Quest headsets, at a price close to or below cost. This strategy has succeeded in creating the largest market for VR content primarily made up of gaming and entertainment enthusiasts. Beyond this Meta has pledged to spend upwards of $10 billion each year on metaverse-related initiatives to develop and dominate what Mark Zuckerberg believes is the next computing platform. It is uncertain, at best, that Meta will succeed in this effort. However, there is no doubt that the enormous research and development commitment will also indirectly benefit the entire XR ecosystem.

It’s an exciting time to be in the industry because so much is unsettled. You can let your understanding of the technology guide you but in every other way it’s the wild west. No one is in control and no one knows how it will turn out. There’s still a lot of sharing information and ideas within the community. If you have a good idea there’s nothing stopping you from pursuing it.

What I personally find most exciting is social VR technology that enables groups of people to gather in a virtual space. What’s notable about having social experiences in VR is the feeling of presence and physical memory of interacting with other people and the environment. The potential for remote work, training, education and performance is unlimited.

There are already many publicly accessible virtual platforms such as Microsoft owned AltspaceVR, Meta Horizons, VRChat and Engage, among others. In addition, there are many platforms that have been created to replicate specific business meeting environments or real-world simulations such as classrooms, galleries or historical settings. All of these are precursors to the concept of the Metaverse as a virtual universe that consists of many different environments that one can seamlessly switch between like a streaming channel or website, and not controlled by any one or two companies.

What are the 3 things that concern you about the VR, AR and MR industries? Can you explain? What can be done to address those concerns?

The first thing holding back the XR industry is the lack of adoption of the means to engage with immersive experiences at scale. This will not happen until both the technical quality of head-mounted displays improves significantly and the cost becomes affordable. This includes AR devices that have the form factor of eyeglasses, like the Snap Spectacles that are currently only available as beta devices to select creators and also VR headsets that have higher resolution and are more comfortable to wear than current models.

The second factor is network connectivity and bandwidth. There is already a serious digital divide in terms of affordable access to broadband. This will only be exacerbated by the widespread adoption of spatial computing. The solution is universal high-speed data access. This is a priority for U.S. infrastructure goals. It is essential for the adoption of technologies as well the U.S. economic growth and security.

The third concern is privacy. There are outward facing cameras on VR, AR and MR glasses and headsets. On AR and MR spectacles and head mounted displays these cameras scan the viewer’s location and enable persistent display or positioning of virtual imagery over the real-world environment. But in the process, these cameras can also record other people as well as private home or office spaces. There was a lot of pushback when people realized that Google Glass users might be making surreptitious recordings as they went about their daily activities.

In the case of VR headsets in addition to outward facing cameras to track the viewer’s movement and hand gestures to match them in the virtual world, advanced devices today also track the viewer’s eye movements and other biometric sensors such as pulse and temperature are also in development. The eye tracking enables the headset to be much more efficient by delivering high-resolution imagery to just the part of the 360° world the viewer is looking at. But it’s also possible to use this capability to keep track of what users are paying attention to. The other biometric feedback is being used to gauge the performance of participants in VR training exercises that simulate operating equipment in dangerous or emergency situations.

Today this technology is only incorporated in devices used in professional settings. But this functionality will eventually be incorporated into consumer headsets and it’s important to get ahead of the privacy issues.

Are there other ways that VR, AR and MR can improve our lives? Can you explain?

VR can transport people to places that they could not otherwise visit for reasons of disability, distance, cost, or because they no longer exist or don’t exist yet. It’s absolutely the next best thing to being there. AR / MR can make a loved one appear in your own space in avatar form. While the tools for AR / MR virtual exchanges are not consumer friendly, AARP has a prototype VR program called Alcove. The program offers games that family members with VR headsets, can play together as well as a number of virtual travel destinations they can visit together no matter where they are in real life.

My team and I are working on a project that would empower educators to transform 21st Century learning by accessing museum resources in the U.S. and around the world through virtual reality.

Schools are struggling to equip children with the knowledge, abilities, and experience needed for success in 21st-century society. Museums are struggling to be recognized as providers of essential services to their communities. The pandemic has exacerbated the situation for both institutions. The next few years will present ongoing challenges and opportunities, compelling museums to adopt new methods and tools to connect with their communities, and schools to transform instruction to prepare the next generation for the long-term.

Our project will combine museum galleries and museum collections with Virtual Reality and Visual Thinking Strategies (VTS) — a proven, 21st-century instructional model, has clear potential to meet these challenges.

VTS is a student-centered pedagogy and supplemental PK-12 curriculum proven to drive growth in the key ‘21st-century’ and ‘soft’ skills that schools are striving but struggling to support — critical thinking, social and emotional, and communication skills.

Virtual Reality presents particularly compelling possibilities for schools due to its potential to authentically and holistically engage 21st-century learners in ways that are otherwise hard to achieve through more traditional ‘teacher-as-medium’ instructional strategies.

By situating the learning experience within realistic representations of world-class museum spaces populated with carefully curated works in museum collections that remain out-of-reach to the vast majority of learners, teachers, and schools, the VLG project has the potential to bring museum resources to educators, curated to meet their core standard requirements and drive transformative instructional improvement in K-12 schools.

If adopted, this program will teach life-long learning skills to hundreds of thousands of students in underserved communities. It would do a lot of good for a large number of people.