A Video About Environmental Sustainability

Our Planet, Our Island, Ourselves: Focusing Young Minds on the Interconnectedness of Life on Earth 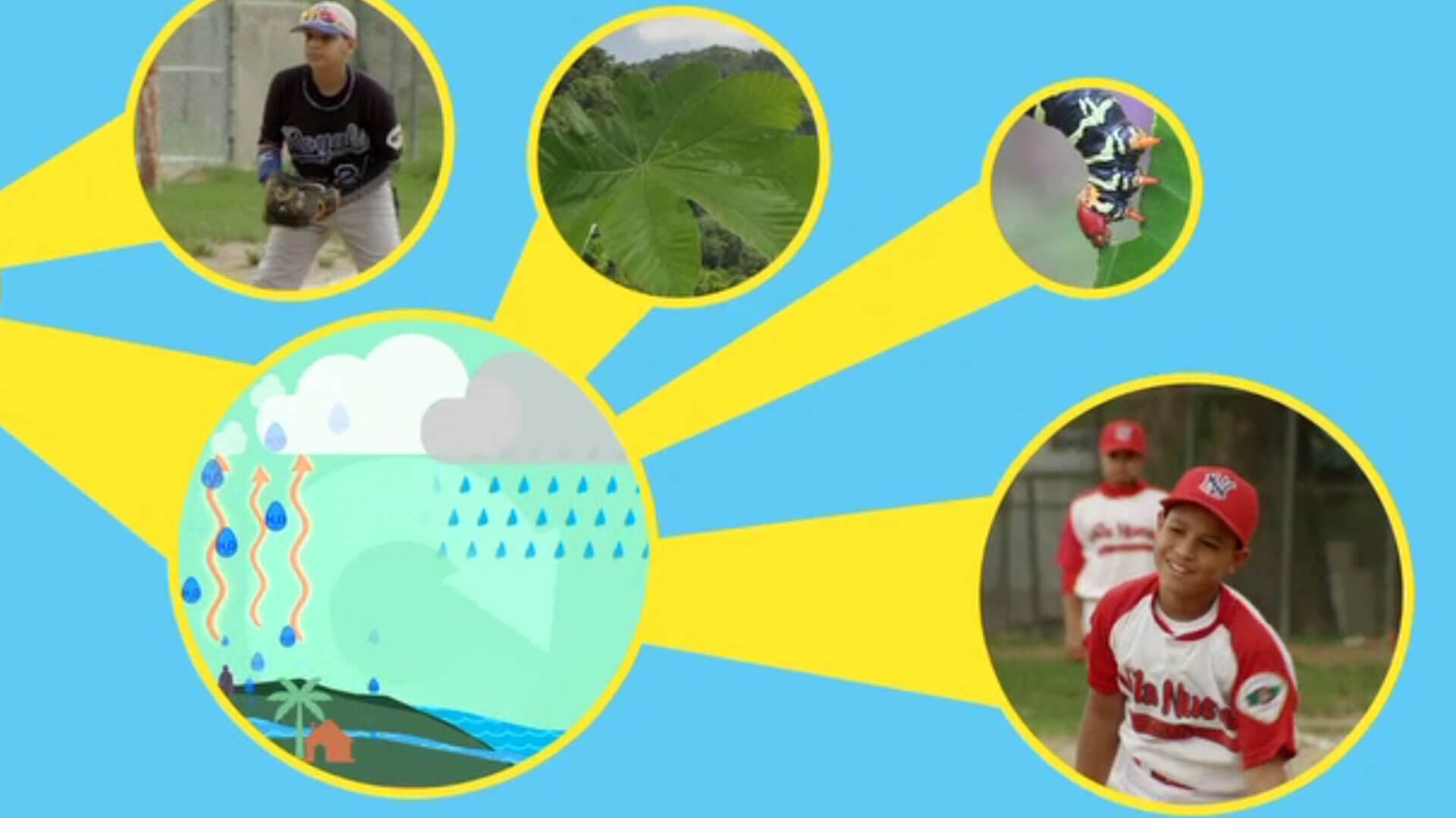 The goal was to create a video for the Caribbean region’s first science center, Centro Criollo de Ciencia y Tecnología (C3TEC), in Caguas, Puerto Rico that made environmental sustainability feel like a personal goal.

How do you make environmental sustainability feel like a personal goal? That was our mission when MediaCombo was selected to produce the orientation video for the Caribbean region’s first science center, Centro Criollo de Ciencia y Tecnología (C3TEC), in Caguas, Puerto Rico.

The show introduces visitors to the large themes of environmental sustainability, the interconnectedness of living systems and the relationships between a healthy body, a healthy Island and a healthy planet.

Our first challenge was finding a way to tell this story that would feel personal and relevant to the families, students and other visitors. We decided to go to Caguas to film Little League baseball players and local flora and fauna, so that we could situate the story right where most of the visitors to the science center live.

Then we had to find a way to visualize the connections between the planet and the island and humans and cells. We used Google Earth imagery to make a transition from the blue marble perspective of Earth, to the island of Puerto Rico and the streets of Caguas.

To move in from the satellite view to a bird’s eye view of the little league baseball game on the field we shot live action scenes with a helicam (drone) system and a Red camera. To visualize the action inside the body, at the molecular level, we commissioned original animations. The video is narrated by Puerto Rican actress Yamaris Latorre, and is available with English and Spanish subtitles.

Liberty Science Center’s Museum Planning Services (LSC) consulted on the master plan for C3TEC and developed and designed the exhibition for the Municipality of Caguas.

It takes about one year for the air you breath to disburse around the entire planet!

Your tears, sweat and pee evaporate into the atmosphere, along with water from rivers and oceans. Some of it will form clouds that produce rain, and become part of the climate of the planet!