1907 Tour: Immerse Yourself in an Augmented Reality Audio Tour

Using augmented reality to reveal stories about two extraordinary people, the Library, and the collections they created. 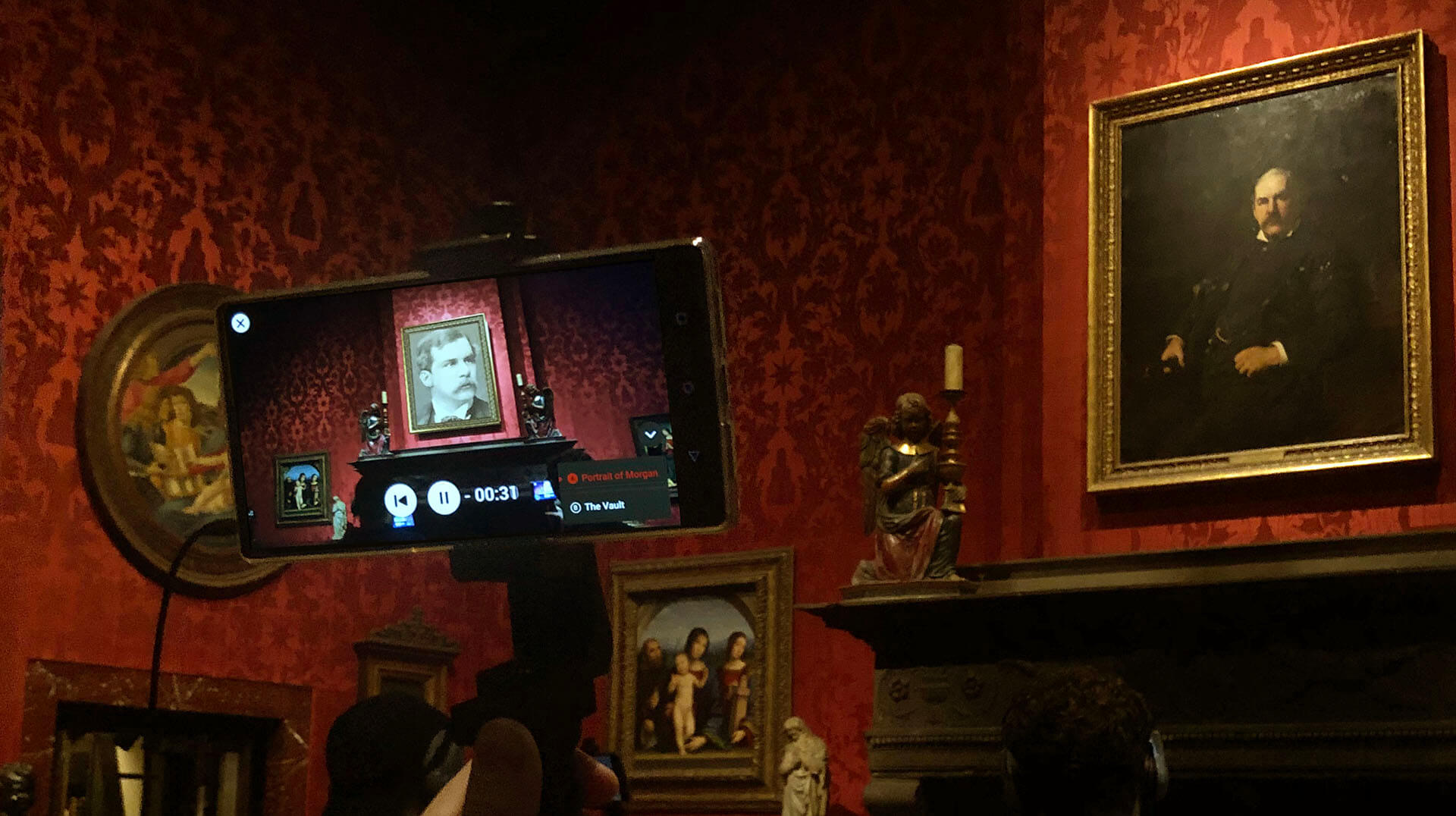 To take advantage of the power of augmented reality (AR) to bring the past into the present, blending time and distance, and to create a narrative storyline.

Visitors say they love the opportunity to see the elaborate details of the Library ceiling and Rotunda, and to see the past revealed so naturally in the present at the front doors, in the portrait and at other stops."

MediaCombo and GuidiGO, partnered on this project, and worked closely with the Morgan’s head of digital, educators and curators to draw up a long list of possible subjects to explore for the AR tour.

We ultimately chose 11 stories to focus on, offering a variety of types of AR experience, beginning with an introduction by the Director, Colin Bailey.  Though AR tours in museums usually include only visuals, we created an audio narrative to show the personal side of Pierpont Morgan, and highlight the accomplishments of his librarian, Belle da Costa Greene.

The 3D animations created by GuidiGO and the audio and videos created by MediaCombo take visitors beyond what can be seen with the naked eye or learned on a traditional audio tour.

For example, in the Rotunda, the bronze front doors appear solidly closed until you point the Lenovo device you’ve borrowed from the front desk directly at them. Suddenly they open wide, revealing a street scene from 1907 as it would have looked when Pierpont Morgan stood where you’re standing.

And while the carvings on the doors can rarely be seen, they appear before your eyes in AR, while curator Christine Nelson illuminates their details and identifies some of the illustrious guests who walked through the doors.

At a stop in the study, visitors see a portrait on the wall of Pierpont Morgan at age 51. The portrait suddenly comes to life in Augmented Reality, slipping back in time to show us and tell us about Morgan as a ten-year-old, a teenager and ultimately an old man.

In addition to the tour, wayfinding is available to guide visitors to each story location.