A Mobile Tour with a Fresh View of History 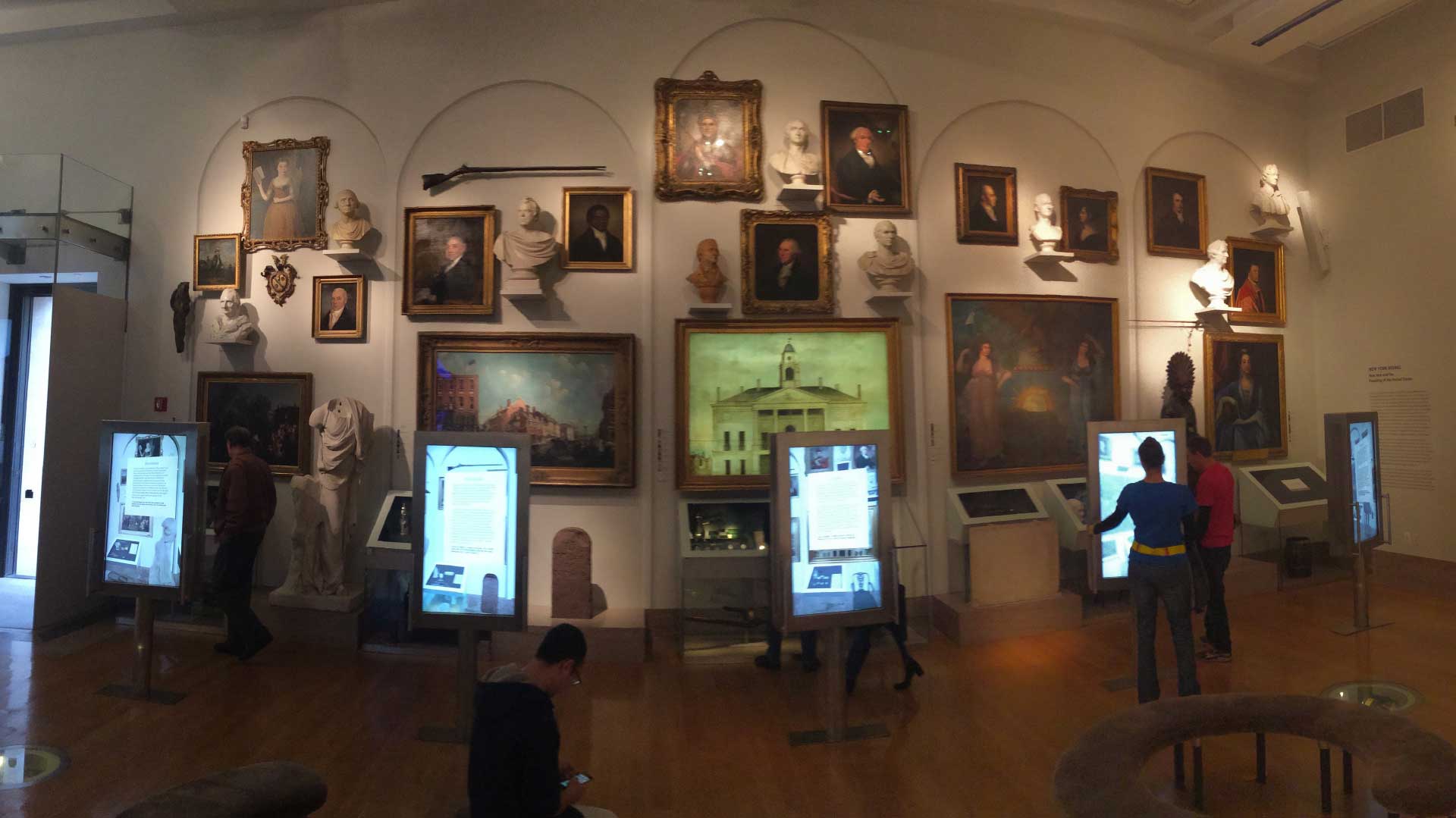 The New-York Historical Society's vision was to create a mobile application where curators could speak directly to visitors, sharing insights and little known stories.

The Society was opening its brand new ground floor gallery with a fresh interpretation of the early history of the New York City and The Nation. We filmed several short videos with Curator of Special Projects Valerie Paley introducing the new gallery installations. She often dives deeply into the backstories of remote historical figures like Alexander Hamilton, as in the excerpt below.

In other videos Paley converses with Niall Ferguson, the Laurence A. Tisch Professor of History at Harvard University, as they described what life was really like in New York City just after the Revolution. It was a wild and wooly place!

We filmed artist Fred Wilson presenting a fresh view of our first President, George Washington, in his installation, Liberty / Liberté.  Curator of Drawings Roberta Olsen and Library Director Jean Ashton were also filmed as they shared stories about some of their favorite objects in the collection – among them Audubon’s beautiful watercolors, and the document authorizing Napoleon to sell Louisiana to the US, with his signature!

In addition to the 16 videos, there are several audio dramatizations that breathe life into a selection of letters, diary entries and other documents. They make it easier for listeners to empathize with the feelings expressed by the women and men who wrote them, and to appreciate the impact of historical events on personal lives.

The app was designed for iPhone, iPad and Android. It also includes over 170 recorded object labels – especially useful for visually impaired visitors.