100 Million Years in the Making 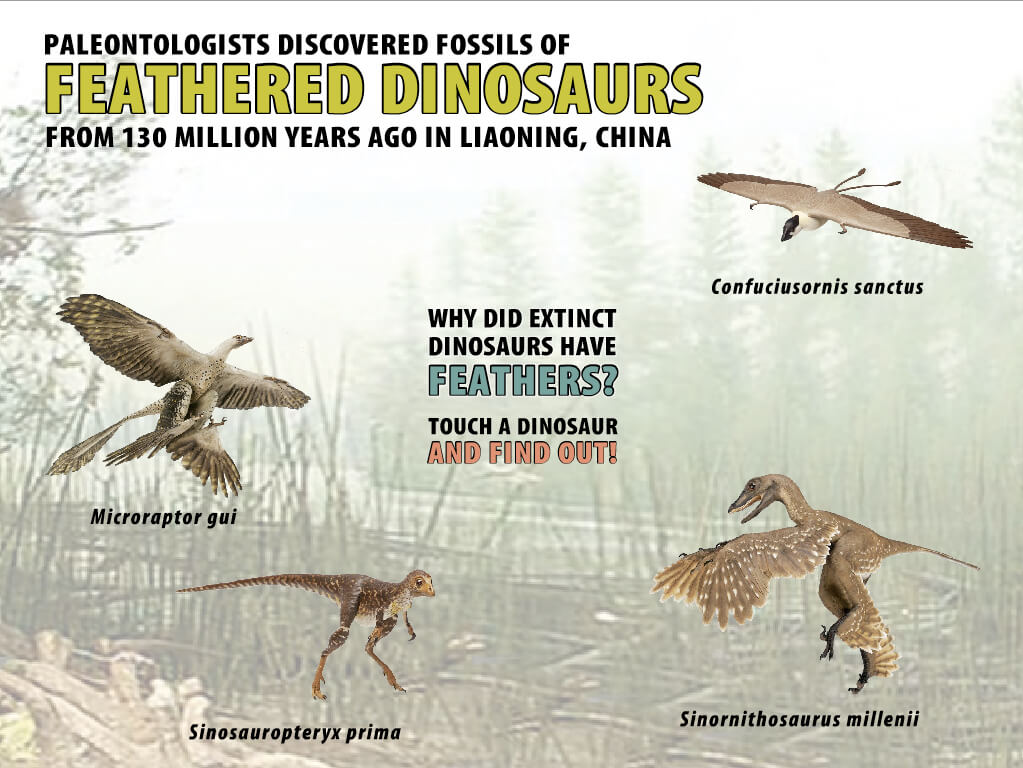 To develop engaging touchscreen interactives that would introduce kids to the actual methods of inquiry that paleontologists use to study dinosaurs and learn about their behaviors.

Three computer stations were designed for an exhibition inside AMNH's Dinosaur Moveable Museum, sponsored by Bloomberg. This 37’ long converted recreational vehicle brought the latest discoveries about dinosaurs to schools, libraries and community centers around New York City. The exhibition was designed for Grades 3 - 8.

The first program, Trackways, focused on how paleontologists learned about dinosaur behavior from studying their footprints and comparing them to the footprints of modern animals. The second one, Feathers, compared the varieties and purposes of feathers in dinosaurs and birds.

The interactives included games, original and archival videos, and demonstrations.

The third computer station played How a Dinosaur Becomes a Fossil, an original animated film that follows a coelophysis from its death 200 million years ago to its discovery as a fossil in 20th century New Mexico.

We included an admin menu to allow the Moveable Museum staff to control the displays and audio levels for all three programs.