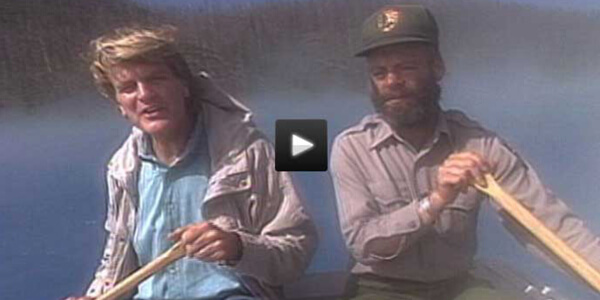 We were brought in to enhance these “host wraps,” by taking Boyd Matson on location around the US to discover local stories that he would report during his segments.

Before National Geographic had a television channel, they had a TV series, a magazine show hosted by Boyd Matson. Boyd introduced the natural history documentaries that aired every week.

We were brought in to enhance these “host wraps,” by taking Matson on location around the US to discover local stories that he would report during his segments. The subjects ranged from wolf conservation programs in Yellowstone National Park, to the birth of flight in Kitty Hawk, North Carolina, from grizzly bears in Montana to prehistoric sharks in the Rio Grande. We researched, wrote and produced stories with Boyd, over an eight-month period, in Yellowstone National Park, Big Bend National Park, Kitty Hawk North Carolina, Fire Island, NY and other locations.